Hey all, but more specifically for @Justin-Dennison66 .......
As an intro to myself I've been around computers for quite some time (non specific age spoiler lol), but just as an end user and not as a programmer. In attempting to get some of my CompTIA certifications I've found that Python is kind of a language that they expect us to be familiar with so I decided that I should probably familiarize myself with it more ergo that's why I'm here lol.
So far you've done an exemplary job in explaining how certain functions work and how to apply them and why!
However, (here comes the but lol) there's a lab in the course and specifically a task in which I don't understand the why.
In the lab 'Converting types in Python' Exercise 1: Task 2: Step 13

Now I understand the command structure as to what Python should output but what i don't understand is the answer or result
(result) "The character type of 100 is: d" (as a note this was a command also given in a CompTIA Fundamentals lab)

My question here is, (as was in the other lab) why does python assign the letter 'd'? Why not A or X? Inquiring minds need to know lol.

A+, Network+, IT Fundamentals

Haha, Wes you answered my question without knowing, I had to follow along further lol.

@Ronnie-Wong thanks i will be checking out the legacy content you linked to. i would say for me at the moment i cant tell the subnet mast of let's say a /24 address would be. i also struggle with diving up the subnets so you have enough to divide up so you don't segment off too much or little since i know you can't go backward

Cool, I was trying the Mercury.ova CTF and was stuck on this one also doing the Starwars CTF . I have been trying all the things you have shown us to do..

ACA, ACSP and ACTC
I forgot my MacBook password
P

Thanks so much for taking your time to assist me.

No, my cloud is not connected.
I'm following the steps in the link you provided. In the terminal window I wrote "resetpassword". When I click enter or return key I'm prompted with the window reset password but there are more fields besides enter a new password for this user. One of them says "select the volume disc containing the user account". Sadly, is not showing anything and it's not giving permission to make any change in other fields.

Can you please help me to how to backup before a proceed to recovery OS? For me this would help a lot. 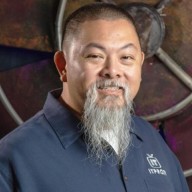 Hi, I am looking for the ITIL 4 Foundation course and cannot seem to find it even with the premium membership.

This is now dependent on PeopleCert's exam voucher requirement: https://help.itpro.tv/en/articles/4228401-peoplecert-exam-voucher-requirement

@Daniel-Loyer,
Lambda is just the service name in AWS. The programming language is fairly flexible, but writing Lambda functions in JavaScript or Python is probably the easiest way to get started. Lambda, as far as I know, is not exclusively the object of current or future exams (things can change). Typically, I like to use Lambda (initially) to write functions to act as a cron job or when you want to process files like resizing images. However, you can use it to build web services, data processors, and more.

I'm going through the process of configuring Azure site recovery from on-premise vCenter to Azure. I recorded this video to show the process off if anyone is interested.

My apologies as to the tardiness to answer you. This is uncharacteristic of our team but we do have posts that slip past us before we realized and this is one of those.

This is more probably dealing with the security policy where you are than it is something that will substantively improve or degrade your performance. If you choose to join the vCenter server to the domain. That will work, remember that your computer will be a member that computer if domain policies can apply to it, it will. Also for SSO, this allows domain users that have the proper permissions to access the server too. You may want to choose which configuration options to consider here: https://docs.vmware.com/en/VMware-vSphere/6.7/com.vmware.psc.doc/GUID-75D4E587-3F9B-4B50-96DA-D6DB6D1781D7.html. **it also has this telling paragraph.

GNU/Linux, Ubuntu, Red Hat and others

Question about setting SSL/443 port in Apache config
A

As per this episode (Installing Apache pt.2, under Becoming a Linux Server Admin), at 2:27 Don explains that HTTP port can be set specifically, but SSL, port 443, is listening on that port number by default.

Can we set the SSL port in that line of config like it's being done for HTTP port? Why the attention paid to the HTTP port (80) and not SSL (443) in the video? How is setting different port numbers for SSL handled, like done in the video for HTTP?